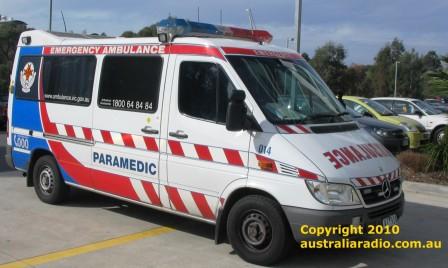 The evolution of communications services has also been ongoing as at the time of the merger MAS had moved to the Metropolitan Mobile Radio (MMR) digital system whilst RAV continued to use conventional UHF radio and selected low band VHF frequencies.

SImultaneously the rural communications platform has now changed – the State Mobile Radio (SMR) VHF system is now being used for rural responses with a partitioned/ on- demand series of base station channels available to Ambulance. One advantage is that communications coverage has the potential to improve through simulcasting of multiple sites.

* These channels are not dedicated to “RAVNET” and are shared with other public users of the Statenet Mobile Radio (SMR). If the channel is free, RAV has priority on the channel.

Signal strengths are indicative only and have been measured from my location to the north of Melbourne. A 9 measurement is an excellent signal while 1 is poor. My antenna is a simple 1/4 wavelength groundplane antenna 6 metres from the ground and the receiver is an Icom PCR1000.

As a comparison I have also tested each of the above frequencies on the Uniden UBC340CRS desktop scanner, just using a whip antenna mounted internally in the house onto the side of a window. 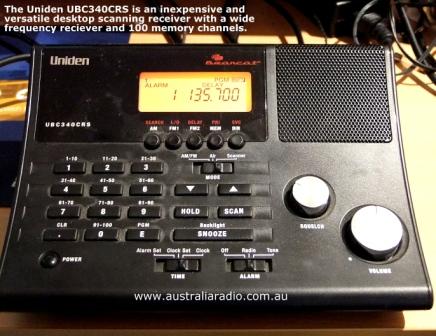 Although the Uniden does not have a facility to measure signal strengths the results are of the same magnitude for each frequency listed above using the PCR1000 and an external antenna. Ten of the strongest signals have been loaded into the Uniden with traffic on these ten frequencies being quite audible with the internal antenna.

Listeners should also note that as ambulance use a group call system you will hear simulcast transmissions from dispatchers on a number of frequencies simultaneously. This will enable you to determine the best frequencies for reception in your area.

After a short period of listening you will soon realize that dispatchers are quite busy handling many jobs througout the State of Victoria. It also becomes apparent that the job performed by ambulance officers in the country is quite unique, in that often ambulance officers run “one up” and backup for jobs can be quite a considerable distance and therefore time away.